For someone who has lived so close to a state park, Maggie Evans has never been as active as she is now.

Evans, an academic advisor for Indiana University Purdue University of Columbus, said COVID-19 really pushed her to be outside more often.

“I have lived six minutes away from Brown County State Park for almost 27 years, and this is the first time I have ever, A: hiked a trail really at the park consistently, and B: I bought a park pass,” she said.

Evans wasn’t the only one. Considering COVID-19 caused people to have to be stuck at home, it surprised many how much they missed being outside and with loved ones. Indiana state parks and outdoor recreational businesses, which all saw an increase in revenue during COVID, are seeing the same for 2021.

Mike Smith, chief financial officer and deputy director of the Bureau of Administration for the Department of Natural Resources, provided the revenue of in-state and out-of-state gate admissions for entering tourists. Gate admissions increased close to $1 million from 2019 to 2020.

For fiscal year 2020, there was an increase of $600,000 from in-state gate admissions. When comparing the results of the gate admissions, 2018 showed the closest numbers to 2020, but the out-of-state increase allowed 2020 to be even greater.

Along with gate admissions rising, the Department of Natural Resources (DNR) saw an increase of annual entrance passes bought by in-state and out-of-state visitors. DNR saw the biggest increase in revenue by the types of passes and the number of passes sold.

The state of Indiana has 24 state parks within its borders. If the total revenue of passes sold was divided by the number of state parks, the total was around $194,000. This is the average profit each Indiana state park brought in during 2020. As for 2019, the number was close to $164,000. That is an increase of roughly $30,000 between two years.

There were so many extra visitors that there were not enough workers available when things started to reopen in the state parks. Ginger Murphy, deputy director for stewardship for state parks, said they sent home workers when COVID hit but had to return them quicker than expected when visitors started to pour in.

Murphy said there were some issues with new campers and hikers who began using the parks’ attractions. The parks are seeing a lot of litter on the trails, plus many new camper owners not knowing how to operate their new recreational vehicles. With newcomers entering and staying in the parks, this has caused some chaos. During the summer months of 2020, people were parking along the sides of the roads because the parking lots were full and there was no other place to park.

According to CNBC, the sales of boats increased as well. Boat sales have risen 9% since 2020. The article said that dealerships are having an issue with maintaining their inventories while suppliers are having to increase their production to keep up. Also, boat buyers are now having to wait months to receive their new vessels.

Along with the increase in boat sales, travel trailers and RV sales have skyrocketed. David Hudson, a sales consultant at Edmundson RV Sales and Service in Edinburgh, Indiana, said it was hard keeping up inventory. The company saw a rise of 100 units sold between 2019 and 2020. As of April 2021, the company has sold 155 units. At this time in 2020, the company had only sold 85.

Rising RV sales did not only happen at Edmundson. The Tribune-Star in Terre Haute, Indiana, said the state cranked out a huge number of RVs in 2020, totaling over 420,000. It also estimated that the number of new RVs developed in 2021 could exceed 500,000

That is an increase of almost 80,000 RVs manufactured, just in Indiana.

Someone who bought an RV in 2020 was Jaron Harding and his family. Harding, an energy manager at the Indiana Adjutant General’s Office, said his family happened to find the perfect camper at the perfect time, buying their RV before the virus affected the RV market.

Now having a camper, they are experiencing problems finding campsites. “It was hard for us to find spots,” Harding said. “When we booked it, it was two or three weeks out. By the time we got there, [there] was maybe one or two spots open.”

With so many newbies buying trailers, there could be a surplus of used trailers in the future. With this being a possibility, Harding believes that the trailer their family bought may not be their last. Harding said that if they were able to find a good deal on a used camper, they would consider buying.

Evans also thinks that she and her boyfriend got a good deal for the 2021 park pass. With the annual pass costing $70, she would only need to visit a state park 10 times to get the full value.

“I’ve never really been an outdoorsy person,” said Evans, “but now I want to be outside all the time. So, I think this past year has definitely changed my opinion on being outside.”

Evan Graham graduated in May from Franklin College. 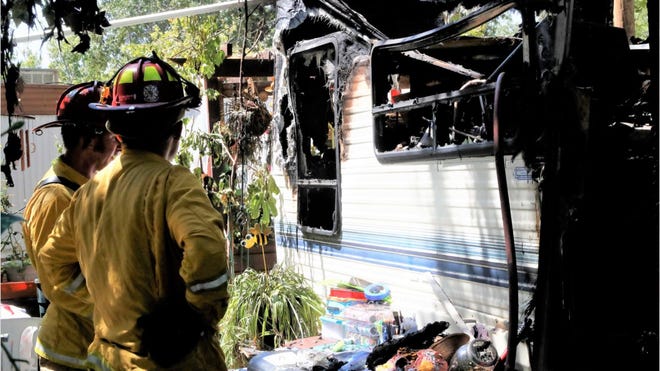 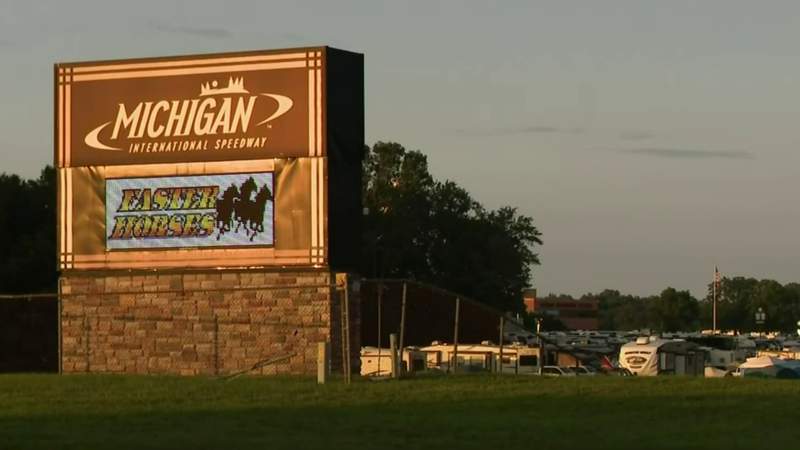